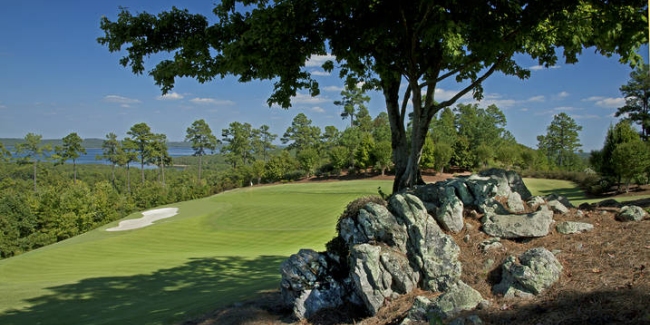 The 2013 Western Amateur will be held at The Alotian Club, one of the nation's premier golf courses, Western Golf Association and Alotian Club officials announced recently.

Opened in 2004, The Alotian Club, in Roland, Ark., is ranked No. 14 on Golf Digest's biennial ranking of "America's 100 Greatest Golf Courses." The course was built by Little Rock businessman Warren Stephens and was identified by Golf Digest as the best new private course in the country in 2005.

"We're very fortunate to be able to bring our world-class amateur championship to such a highly-regarded facility," said Vince Pellegrino, vice president of tournaments for the Western Golf Association. "The Alotian Club has received accolades since the day it opened. We expect our field of top-ranked amateurs will be thrilled to have an opportunity to compete on such a prestigious course."

Renowned golf architect Tom Fazio designed the course, which measures 7,480 yards from the championship tees. The course plays 6,780 yards from member tees and 5,385 yards from forward tees. The course's signature trait is elevation change, with the most dramatic coming at the sixth hole with a 100-foot drop from the tee to green.

For The Alotian Club, hosting the 111th Western Amateur championship will provide a high-profile platform to showcase the course's beauty and challenging design while also highlighting the club's support of caddies and the WGA's Evans Scholars Foundation, which grants college scholarships to deserving caddies.

"Caddies are an integral part of the history and tradition of golf. That's why I wanted a caddie program at The Alotian Club," Stephens explained. "Since 1930 the Chick Evans Scholarship Program has sent 10,000 caddies to college, including two from The Alotian Club who are attending Northwestern University today. Hosting a first class competition and supporting scholarships for caddies made the decision to welcome the Western Amateur to Arkansas an easy one."

The Alotian Club's two current Evans Scholars, brothers Joe and Kevin Evans, both are majoring in economics at Northwestern. Joe is a junior, and Kevin is a freshman.

"We anticipate continuing to partner with The Alotian Club in developing more young caddies who will qualify for the Evans Scholarship," said Pellegrino.

The WGA originally planned to take the 2013 Western Amateur to Olympia Fields Country Club south of Chicago as part of an announced eight-year rotation of the championship among Chicago area clubs. With The Alotian Club extending an invitation to host the Western Amateur, it was decided to shift the championship out of the Chicago rotation in 2013.

"We were honored and excited to learn The Alotian Club was interested in hosting one of our championships," said Pellegrino. "We discussed a possible change with Olympia Fields officials, and we then made a joint decision to move the championship. We appreciate the club's flexibility in agreeing to the move, which will allow us to broaden our reach and mission to other markets, particularly to a venue that also been very supportive of our Evans Scholars program."

Olympia Fields, a strong and loyal partner with the WGA and its Evans Scholars Foundation, is hosting the U.S. Amateur in 2015, and the decision will allow club officials to solely focus on course preparations and logistical planning for that national championship.

"Working together to reach what we see as a win-win situation for both the club and our organization has only served to strengthen the existing bonds of friendship and respect we've enjoyed for many years," Pellegrino added.

THE WESTERN AMATEUR
First conducted in 1899 at the Glen View Club in Golf, Illinois, the Western Amateur championship has from its inception been regarded as one of the major amateur golf events in the world.

The Western Amateur is consistently ranked among the top three amateur tournaments in the world, with the U.S. Amateur and the British Amateur, in the Scratch Players World Amateur Ranking (www.scratchplayers.org).

While today's Western Amateur is among the elite events of the current era, the tournament's rich heritage connects today's players with many of the all-time greats of the game. With more than a century of history, the Amateur's roster of past champions and participants reads like a Who's Who of American golf.

THE FORMAT
A combination of stroke play and match play competition, the Western Amateur can be the most demanding event in professional or amateur golf.

Competition includes two 18-hole stroke play rounds on Tuesday and Wednesday followed by a cut to the players with the low 44 scores and ties. Those who make the cut then play 36 holes of stroke play on Thursday, with the low 16 advancing to match play on Friday. Qualifying for the Western Amateur's "Sweet 16" match play competition is one of the treasured accomplishments each year among the world's top-ranked amateurs. The first two rounds of 18-hole match play on Friday narrow the field to four semifinalists, who compete in a pair of 18-hole matches on Saturday morning. Winners of the two morning matches then play in the 18-hole championship match Saturday afternoon.

The Western Golf Association was founded in 1899 by 11 Chicago-area golf clubs. Today, more than 400 member clubs in states throughout the nation support the WGA, which conducts three national golf championships and sponsors the nationally acclaimed Chick Evans Caddie Scholarships.

Headquarters for the WGA and the Evans Scholars Foundation are in Golf, Illinois, which is also home to the Glen View Club, host of the first WGA-sponsored professional and amateur championships in 1899. In 1914, a national junior championship was added to the WGA tournament schedule. In addition to the Western Amateur, the WGA annually conducts the BMW Championship, the third of four PGA TOUR Playoff events for the FedExCup, and the Western Junior.

Since 1930, the WGA has supported the education of young men and women by sponsoring the Evans Scholars Foundation, which administers a college scholarship program for golf caddies. The Foundation, established by famed Chicago golfer Charles "Chick" Evans Jr., has provided college educations to more than 10,000 caddies while making tuition scholarship payments totaling more than $140 million. Currently, 825 caddies are attending college on Evans Scholarships.